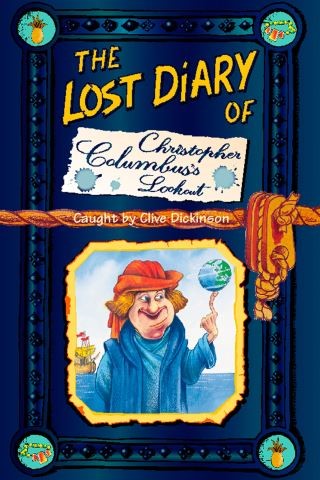 The eleventh Lost Diary detailing Columbus’ first voyage across the Atlantic and his historic landing in the ‘New World’. As told by Luc Landahoya who tries to work out where he’s going.The diary tells the story within a 12-month span from Spring 1492 when Columbus got the official go-ahead from Ferdinand and Isabella, to the Spring of 1493 when he returned in triumph following his ‘discovery’ of the New World.Life aboard ship, New World discoveries that still survive today tobacco, hammocks, barbecues, canoes, maize etc. The power of the ‘press’ – printed accounts of Colubus’ triumphs spread fast and coming at the end of the 15th Century, the 1492 voyage was part of a significant turning point in european and world history. There are plenty of good-natured laughs in this story – Columbus was convinced he was sailing to China and Japan. He was also convinced he was travelling to a land of untold riches but took along cheap glass beads of worthless trinkets and glass beads as gifts.

Clive Dickinson: Clive Dickinson was part of the Complete Editions team, together with Gyles Brandreth and Michele Brown who between them have compiled many books ranging from crosswords to jokebooks; from fact books to fiction. He currently edits many of the Manchester United titles for Madcap Publishing.