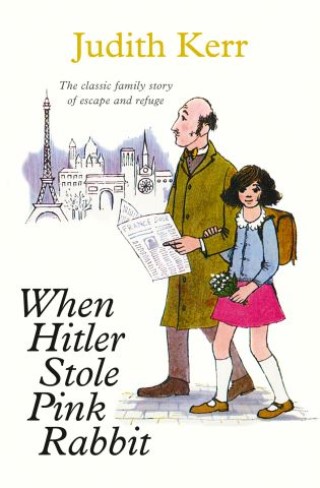 Partly autobiographical, this is first of the internationally acclaimed trilogy by Judith Kerr telling the unforgettable story of a Jewish family fleeing from Germany at the start of the Second World WarSuppose your country began to change. Suppose that without your noticing, it became dangerous for some people to live in Germany any longer. Suppose you found, to your complete surprise, that your own father was one of those people.That is what happened to Anna in 1933. She was nine years old when it began, too busy with her schoolwork and toboganning to take much notice of political posters, but out of them glared the face of Adolf Hitler, the man who would soon change the whole of Europe – starting with her own small life.Anna suddenly found things moving too fast for her to understand. One day, her father was unaccountably missing. Then she herself and her brother Max were being rushed by their mother, in alarming secrecy, away from everything they knew – home and schoolmates and well-loved toys – right out of Germany…

Judith Kerr: Judith Kerr OBE was born in Berlin. Her family left Germany in 1933 to escape the rising Nazi party, and came to England. She studied at the Central School of Art and later worked as a scriptwriter for the BBC. Judith married the celebrated screenwriter Nigel Kneale in 1954. She left the BBC to look after their two children, who inspired her first picture book, The Tiger Who Came to Tea. Published in 1968 and never out of print in the fifty years since, it has become a much-loved classic and perennial bestseller. Judith was awarded the Booktrust Lifetime Achievement Award in 2016, and in 2019 was named Illustrator of the Year at the British Book Awards. Judith died in May 2019 at the age of 95, and her stories continue to entertain and delight generations of children.